KEIHAN Foundation has collaborated with a refugee organization to launch the ‘’Safe Migration’’ project. Research shows that Afghan refugees are more likely to listen to and internalise messages coming from their family members, close social circles, and the Afghan diaspora. Therefore, we teamed up with various diaspora organisations to launch campaigns to create a safer […]

KEIHAN Foundation’s Clinical Skills Training Program 2015 has officially started with the safe arrival of Seyed Qaderi and Atal Janatgol in Afghanistan. Our two colleagues will provide training in clinical skills development to students of Kabul Medical University (KMU). We wish our board members and the participants a lot of success during the training. More […]

Arrival of computers in Afghanistan

Great news from Afghanistan! Twenty computers have finally arrived at their destination in Kabul as part of KEIHAN Foundation’s Anatomy Teaching Innovation Program. Further steps will be taken in establishing a media library with personal computers with internet access which will provide several web‐based learning and reference programs to be used by the students, tutors, physicians […]

KEIHAN Foundation and Medicine go hand in hand since the establishment of the foundation. There are several projects within KEIHAN which are aimed at building bridges between the Netherlands and Afghanistan and exchange knowledge between the two countries.  On the 12th of February the Foundation organized the event ““KEIHAN & Medicine” in order to bring […]

Official visit of prof. dr. Zarif to the Netherlands

From the 11th until the 13th of November, the dean of the Kabul Medical University (KMU) has paid an official visit to the Netherlands. On the invitation of KEIHAN foundation, Prof. dr. Zarif had the opportunity to strengthen ties of friendship and cooperation with the University of Leiden (UL) and Leiden University Medical Center (LUMC). […]

KEIHAN Foundation organized a small informal reception to celebrate the successful completion of three different projects which revolve around integration, education and development cooperation. Those projects are the Dari-courses which started at the end of 2012, the Afghan Village that was organized for Walk4Water and the Academic Medical Exchange which finished last week.The participants of […] 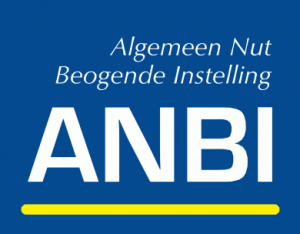